Why Do Our Franchisees Love Fox’s Pizza Den?

For more than 40 years, we have provided our franchisees with thorough extensive training and consistent high-quality products! Fox’s low monthly franchise fee proves our underlying belief that the more business your franchise store does the more profit you should make. This is what will drive for both success for you as an entrepreneur and us as a franchisor.

Well Rounded Menu that appeals to all customers!

If you select one of our full-service mailing options, the price is all-inclusive. There are no hidden fees for things such as design, printing, mailing lists, and postage. Our team of professional designers creates eye-catching mail pieces that help you stand out in the mailbox. Free custom design and unlimited revisions are always included in any of our direct mail services, and your pieces don’t print until you’re completely satisfied. Our direct mail printing capabilities allow us to execute any campaign with precision and efficiency. Since we offer simple printing options, we can purchase our materials in bulk and pass the savings on to you. We don’t sacrifice quality for affordability, though. Your pieces will always be printed in full color on high-quality paper or cardstock for a polished and professional look. A direct mail expert will work with you to build a mailing list that targets the right people while staying within your budget.

We’ll make sure your list is clean and accurate so you’re not wasting money mailing to undeliverable addresses or the wrong people. The cost of renting your list is included in the price you pay. We also standardize your addresses and verify every piece of mail using our in-house USPS post office to take advantage of additional discounts for automation. 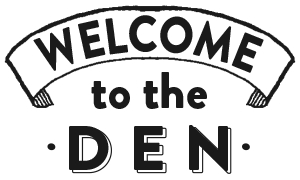 With $500, a rented storeroom and a few pieces of used equipment rescued from the snow and ice of a Pittsburgh scrap yard, Jim Fox fulfilled his lifelong dream of opening a pizza shop in his hometown of Pitcairn, Pa. As the first pizza slid from the oven at 4:00 that afternoon, he had no way of knowing that he’d be sold out just six hours later, making Fox’s Pizza Den an instant success. Decades later, we’re still an institution in hometowns all over America.

Jim opened a second Fox’s Pizza Den in nearby Harrison City and a third in East Pittsburgh, in 1973. With the opening of his fourth location in Swissvale, Jim introduced an innovative concept that would revolutionize the pizza industry in the Pittsburgh area — home delivery. As word spread, friends began calling Jim about opening franchised pizza shops. Realizing that franchising could help others reach their dreams of independence, Jim incorporated Fox’s Pizza Den in 1974.

Now celebrating over 40 years in business, we haven’t stopped growing. Today, there are more than 200 franchises operating coast to coast in 25 states. Fox’s Pizza Distribution, formed in 1986, provides the franchises with consistent high-quality products and reliable distribution. Because of its successful formula, Fox’s Pizza Den was voted best pizza franchise of 1993 by the National Pizza and Pasta Association and received PMQ’s 2005 and 2007 Pizza Industry Enterprise (PIE) award. Fox’s has been consistently ranked as one of the best pizza and sandwich franchises in the United States by Entrepreneur and Pizza Today magazines.

In making Fox’s Pizza Den a Success, Jim Fox has been able to provide entrepreneurs with the opportunity to achieve their own success and independence while strengthening the economies of small, all-American towns.

Do you want to join the Fox’s family?